Have you seen the 30 brightly painted carousel horses that make up The Big Burton Carousel sculpture trail in the town centre?

This trail, which opened on Platinum Jubilee weekend for three months, is organised by the same team that created the Burton Swans trail in 2020. It is sponsored by local businesses and supported by East Staffordshire Borough Council. In autumn 2022, the horses will be auctioned to raise money for Burton and District MIND, the mental health charity.

Carousel horses were chosen to pay tribute to Burton firm Orton and Spooner, who designed and made some of the world’s best fairground rides in the late 19th and early 20th century.

But did you know that George Orton had a strong connection with Stretton?

George Orton was born in Measham in 1843 and became a well-respected wheelwright and coachbuilder. He came to Burton in 1875 and set up in business in Princess Street. But the real magic that enchanted generations of fairgoers began in 1894 when he teamed up with Burton-born wood carver Charles Spooner.

Initially, they gained a reputation for building beautifully-carved wagons for travelling showmen but quickly moved on to designing and creating intricate and elaborate fairground rides. A team of talented artists, including father and son Albert and Sid Howell, handpainted stunning designs of wild animals, jungle scenes and more, which amazed and excited people who had never travelled abroad and had yet to see the wonders of the world on film or television.

In 1913, the Burton Chronicle newspaper reported that Burton was now the ‘hub’ of the fairground business. They added: “One can hardly visit a fairground in England or Wales without seeing some products of this Burton firm in fact, the name of Orton, Sons and Spooner is the guarantee of excellence.”

Spotting the potential of ‘moving pictures’, George Orton was also part of the team that acquired a building on Curzon Street and opened it as a cinema called The Picturedrome. He was Chairman of the Burton on Trent Picturedrome Ltd from 1913 onwards.

Orton and Spooner were always at the forefront of technological advances.  In 1921 the Staffordshire Advertiser newspaper reported excitedly on Orton and Spooner’s development of a huge dragon scenic railway ride for the fairground owner Pat Collins. It spent a week in Burton Market Place in front of the church. It was powered by electricity at a time when all rides worked on steam. It attracted showmen from all over the country who came to marvel at the ride, which featured real waterfalls and fountains and had cost £20,000 – the equivalent of more than £1 million today.

After his retirement, George’s two sons continued to run the fairground ride business with Charles Spooner, who had married George’s daughter Rose Ann.

In his later years George lived at a house that still stands opposite William Shrewsbury School on Church Road. He died in December 1924 at the age of 80. A short service was held at St Mary’s Church in Stretton, attended by showmen and their families from across the country, before he was laid to rest in Burton Cemetery.

Two days before his death, a devastating fire broke out at the erecting sheds in Victoria Crescent where the rides were assembled, but George was never told.

The firm stopped producing fairground rides in 1954 and moved on to light engineering work before closing in 1977. 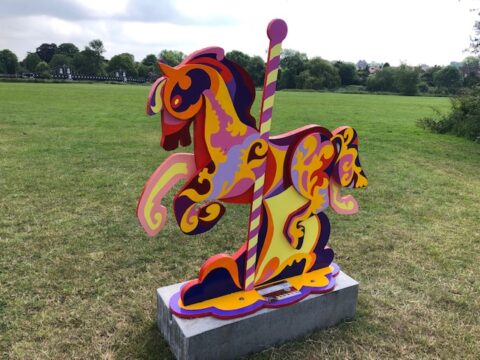 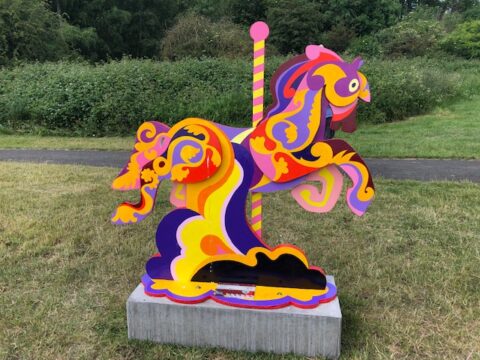 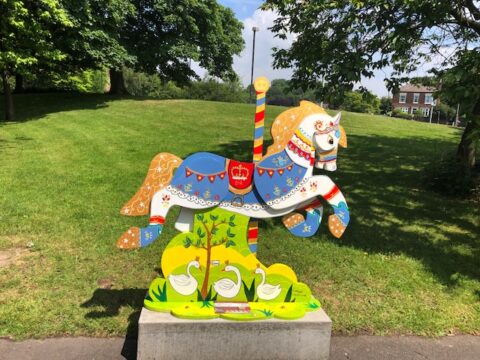 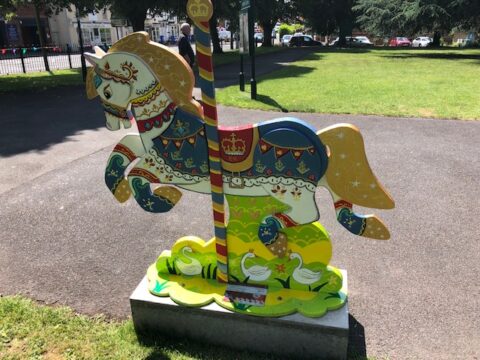 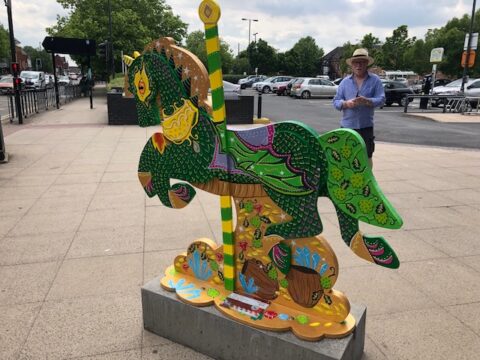 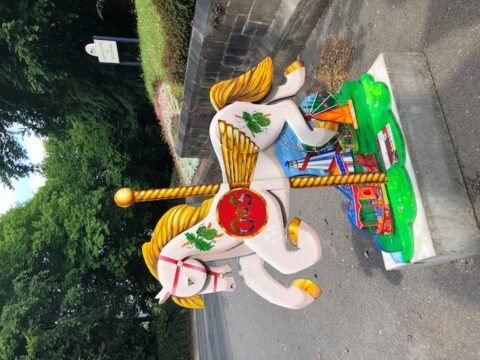 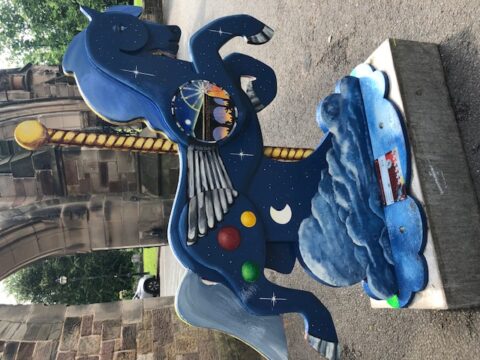